The path AP took since last year CODE 11:59 it’s an interesting one. It seems they like alternative terminology for the new models; for a company making watches since 1875, it’s quite a leap.

The new announced if the [RE]Master01. 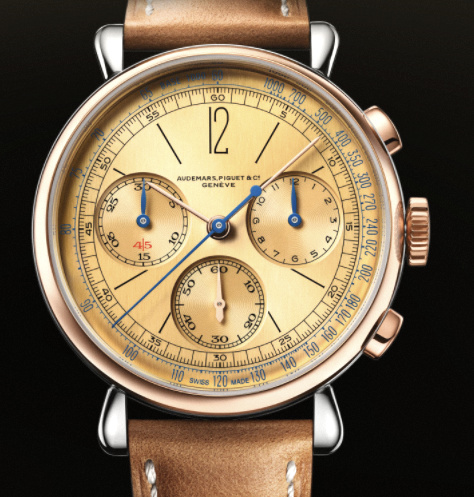 This is not a net new design for AP since this is the new version and reinterpretation of the reference 1533 dated back to 1940s. The original watch was made in just a few hundreds of pieces and was an astonishing example of a chronograph for that age. 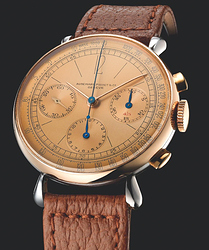 The [RE]Master01 it’s a 40mm powered by an in-house automatic movement ( 4409 ) with flyback complication.
The beauty of the case it’s the mix between steel and rose-gold, the metal that is also used for the pushers and crown.
The same rose gold used for the central hands that are sitting on a gold dial with blue tachymetric scale.

The price for this elegant watch is set at £51.800 and will be limited produced in 500 pieces.

What we have here is a classic chronograph with a modern touch of the steel case. It’s quite impressive compared to what AP has done with the 11:59 where they tried to innovate on a classic format. For the [RE]Master01 they had taken to the 21st century a watch designed 80 years ago and let me tell you that it works. The legacy and the flavour is respected and if any they were able to loosen a little the formal feeling of the piece. Perfect on a warm coloured suit and even more with a plain monochrome t-shirt, jeans and white sneakers.

Hopefully, we will be able to review it in the metal soon.

not my cup of tea, not to mention the price tag